by Lisa Fernow | Jul 31, 2014 | Book Stores and Writers I Love, Things I find funny and interesting

In a stirring moment from Lord of the Rings, Aragorn, played by Viggo Mortensen (who really rocks in this scene, can I just say?), rallies his soldiers for battle with an incredible speech, reminiscent of Henry V.

So it was inevitable that Robert Dugoni, bestselling thriller author, found a way to apply this to writers.  After all, we writers are warriors, aren’t we?

Aragorn’s speech:  “Hold your ground, hold your ground!  Sons of Gondor, of Rohan, my brothers!  I see in your eyes the same fear that would take the heart of me.  A day may come when the courage of men fails, when we forsake our friends and break all bonds of fellowship, but it is not this day.  An hour of wolves and shattered shields, when the age of men comes crashing down!  But it is not this day!  This day we fight!” (Source, IMDb) 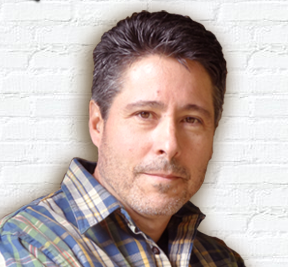 Robert Dugoni’s version, delivered to a group of us writers at the PNWA conference, roused us to our feet to cheer and pump our fists wildly, which for a bunch of introverts is really saying something. Here it is, shared with his kind permission:

This is going on my refrigerator.  Just sayin’.

What do you do to rally yourself to do what you need to do, whether it’s fighting, writing, or some other pursuit?

(Photo credit for Lord of the Rings still:  Cinetropolis)